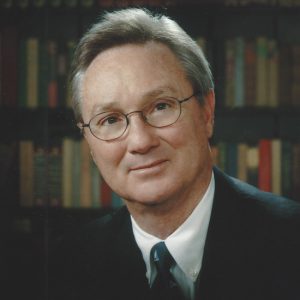 Alan McMillan graduated from Pensacola Junior College in 1963 with his associate degree before earning his bachelor’s degree in 1966 from University of Florida. He began his career in the Federal Government in 1966. He joined the U.S. Department of Labor in 1970. He was one of the early Department of Labor officials to be involved in the implementation of the OSHA law, joining OSHA itself in 1972. He served as an Assistant Regional Administrator in Atlanta, GA and held several special senior management assignments in the Washington DC National Office. He earned his M.A. degree from the University of West Georgia in 1980. In that same year, he was selected as the first U.S. Department of Labor official to receive a Senior Executive Fellowship at Harvard University. He then served as Deputy Director in the OSHA National Office prior to being selected into the Senior Executive Service in 1981 as Regional Administrator for the Occupational Safety and Health Administration’s (OSHA) Chicago Region. In 1983, he was appointed as Regional Administrator to the Atlanta Region. As Regional Administrator in two of the largest OSHA regions, he was the Senior Executive responsible for all enforcement and voluntary compliance activities in the six Midwestern states and later in the eight Southeastern states. These responsibilities included making final regional determinations for all enforcement cases, including standards interpretations and judgments regarding litigation and settlements of OSHA cases. From 1987 – 1989, he was named Acting Assistant Secretary of Labor for Mine Safety and Health (MSHA) by Secretary of Labor, William Brock; named Acting Assistant Secretary of Labor for the Employment Standards Administration by Secretary of Labor, Ann McLaughlin; and named Acting Assistant Secretary of Labor for OSHA by Secretary of Labor, Elizabeth Dole. From 1990 through 1992, he served as Deputy Assistant Secretary of OSHA and was responsible for making agency decisions independently or in consultation with the Assistant Secretary of Labor for OSHA. During this position, he served as the principle official responsible for federal and state OSHA inspections, enforcement, standards and voluntary compliance activities. In 1990, President George H.W. Bush awarded him the Presidential Award for Distinguished Executive Service, the Federal Government’s highest award for Senior Executive Leadership. Throughout the period of 1987 through 1992, he testified numerous times before the U.S. Congress on the full range of OSHA and MSHA technical and administrative matters. He represented the U.S. Government in international forums from the United Nations, ILO organization to negotiations with specific nations on all aspects of U.S. occupational safety and health responsibilities. In October 1992, he joined the Los Alamos National Laboratory in New Mexico, where he led the nuclear weapons laboratory’s occupational safety and health, nuclear safety and occupational medicine activities. He later assumed the position of Deputy Associate Director of the Laboratory’s Environmental, Safety, Health and Quality programs. He served as the President and Chief Executive Office of the National Safety Council from 2001 until his retirement in 2008. The National Safety Council is the nation’s largest non-governmental organization (NGO) responsible for safety and health advocacy. Prior to becoming President, he served for six years as the Executive Vice President and Chief Operating Officer. He has more than 40 years of government and private sector safety, health and environmental experience, including service with the U.S. Occupational Safety and Health Administration (OSHA), the U.S. Mine Safety and Health Administration (MSHA) and the U.S. Employment Standards Administration (ESA). Since his retirement and relocation to his hometown of Pensacola, FL., he has served as President of the Star Lake Homeowners Association, Commodore of the Pensacola Yacht Club, member of the Board of Directors of WSRE (public television), and member of the Escambia County Mass Transit Advisory Committee. He chaired the 2010 and served on the 2013/14 Escambia County Administrator Candidate Review Committee and Vice Chair of the Restore Act Advisory Committee to the Escambia County Board of Commissioners. In 2014, he was designated as an “OSHA Legend” by the leadership of the Occupational Safety and Health Administration. In 2016, he was awarded the Commendation Coin by Assistant Secretary of Labor, David Michaels, PhD., representing OSHA’s highest honor for outstanding efforts on behalf of the nation’s workers. He is President of McMillan and Associates, which provides safety and health consultation services to employers and workers. He has been a PSC Alumni Association Board of Directors member since 2022.