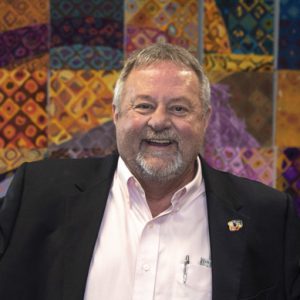 Gerald Adcox graduated from Pensacola Junior College in 1975 with his associate degree. He went onto UWF for his bachelor’s degree in accounting and finance. He is president of Adcox Imports. He is a seasoned financial executive with over thirty years of M&A Experience. He started his career as a bank auditor for the largest bank holding company in Florida and became an auditor and account manager for Walter E. Heller in New Orleans specializing in leveraged buyouts and financing for emerging companies. He was the youngest officer at 25 years of age for this $4 billion finance company. He returned to Pensacola in 1991 where he now owns and operates a successful luxury car dealership. He holds licenses in mortgage brokering, real estate, and is a Certified Collector Car Appraiser. He received the very first Distinguished Business Alumnus Award from UWF. He has a history of extensive charitable service: former president of the Ronald McDonald House, former chairman of the Cattle Barons’ Ball for the American Cancer Society, former Sacred Heart Hospital Foundation Board Member, former chairman of the Development Board Sacred Heart Foundation, former Vice-Chair of Escambia County Value Adjustment Board, past chairman of Pensacola Habitat for Humanity, which is one of the largest and most successful in the United States and numerous other civic organizations. He has served as an expert witness and consultant in numerous bankruptcy cases throughout the United States. He is an elected director for the University of West Florida Foundation Board of Directors. He is a Lifetime Charter Member of the PSC Alumni Association. He has been a PSC Alumni Association Board of Directors member since 2016.