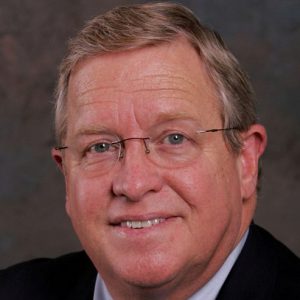 Jerry L. Maygarden graduated from Pensacola Junior College in 1972. He continued his education and earned a bachelor’s and master’s degree from the University of West Florida in 1974 and 1978. He also received an honorary doctorate from UWF. The Honorable Jerry Louis Maygarden has enjoyed a long and distinguished career in public service. His professional life includes leadership roles in state and local governments, hospitals and health systems, private foundations, and public trade associations. He is a former city councilman and mayor of Pensacola who served as a state legislator and majority leader in the Florida House of Representatives. He also served as president and chief executive officer of the Greater Pensacola Chamber. He retired in October 2005. He was called out of retirement to help establish the L.A. Maygarden Center for Financial Literacy at the University of West Florida. The center is seeking the best ways and means to develop a prosperous, self-reliant citizenry capable of contributing to the orderly and sustainable advancement of community, state, and nation. He is a life-long parishioner and servant-leader in the United Methodist Church. He is a founder of Ronald McDonald House Charities of Northwest Florida, a Paul Harris Fellow in Rotary International, a 33̊Scottish Rite Mason, and a Foundation Fellow at the University of West Florida. He was a member of the United States Mobile Riverine Forces, and he is a decorated veteran of the Vietnam War. He was the PSC Alumni Association Board of Directors president from 2014-2016 and a honorary member emeritus.