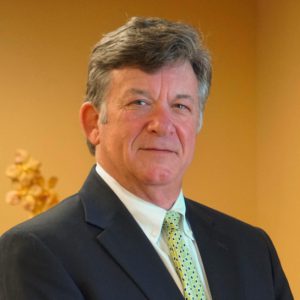 Norris McMahon graduated from Pensacola Junior College in 194 with his associate degree before venturing off to Florida State University and later the University of West Florida, where he earned a bachelor’s degree. He also attended the Graduate School of Banking at Louisiana State University and the Synovus Leadership Institute. McMahon has worked in banking for more than 30 years and is the president of BancorpSouth. He was the Market Leader and Senior Vice President at Summit Bank, where he is responsible for the Escambia County and Santa Rosa County markets. Before that he was senior vice president in commercial banking with Coastal Bank and Trust/Synovus Bank. He has served as a board member and officer on numerous local non-profit and community groups including the Fiesta of Five Flags, the United Way of West Florida and the Rotary Club of Pensacola. He also served as a past president and treasurer for The Pensacola Country Club. McMahon and his wife, Donna, have three adult children – Norris, Sarah Beth and Emily. He has been a PSC Alumni Association Board of Directors member since 2018.