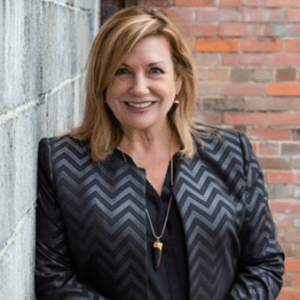 Patrice S. Whitten, CFRE attended Pensacola Junior College before earning a bachelor’s degree in communication, broadcast journalism, and marketing at UWF. She has been a Certified Fund-Raising Executive since 2002. She has called Pensacola State College her home away from home for more than 28 ½ years. Over a year after she retired on August 1, 2020 as the Executive Director of the PSC Alumni Association and Special Assistant to the President, she has returned to the College working part-time as a Consultant and Special Assistant to the President. Over her tenure at the College, she has been instrumental in many measures including the re-establishment of the PSC Alumni Association, which raised more than $700,000 in scholarships to benefit students. $290,000 of those scholarship dollars were raised as a result of the 2019 PSC Distinguished Alumni Awards, one of her last major events hosted at PSC. She first joined the College as PBS Development Director for WSRE from 1992-1994, and then as Chief Development Officer. She was the Executive Director of the PSC Foundation and Office Development from 1994 until 2012, when she moved into the Alumni Association position. She worked for four PSC presidents – Drs. Ed Hartsell, Charles Atwell, Tom Delaino, and Ed Meadows. She was an active student – serving as SGA president and secretary, a Delta Chi Omega sorority member, recipient of the Faculty Leadership Award and active in intramural sports. She is a Lifetime Charter Member of the PSC Alumni Association. She has been a PSC Alumni Association Board of Directors member since 2021.