Spread the Word: Our governor wants to help you come back to PSC for free!

So, you’ve been out of school for a few years now, but you’re only a few credit hours away from graduating.

How bad do they want you back?

Enough to let you return to school for free.

PSC is one of the 28 Florida colleges participating in Gov. DeSantis’ “Last Mile College Completion Program,” which offers free tuition to students close to finishing their degree.

To qualify for the program, students must:

But fatherhood and life took priority. His last college course was at PSC four years ago.

“I was working three jobs,” Gabel said. “I had a 2-year-old. The time was not right. But I always wanted to go back. Now, my son is six and I’m able to work just one job. I’m at a position to move up with the company, but I would at least need a two-year degree.”

He was a general studies student the first go-round. Upon his return, a wiser and more focused Gabel hopes to study business management.

“I’m the first person in my direct family to get this far in college,” Gabel said. “My father paid for me to live in Tallahassee and go to school. I want to finish this degree for him and my own piece of mind.”

Florida ranks 24th in the number of people age 25 to 64 years of age who have an associate degree or higher. 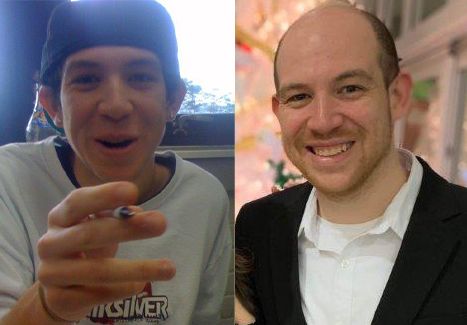 “I think nationally, we’re seeing fewer and fewer people complete their degrees,” said Kathy Dutremble, PSC Dean of Student Services. “This initiative will help students earn a qualification that can help them with a job. Those with a secondary education, in most cases, are going to earn more money than those who do not have that education.”

Amber Lewis is another former PSC student who hopes to return to school using the Last Mile College Completion Program.
She started at PSC in the fall of 2015, just months after finishing high school. She soon married and then found out she was pregnant.

“I was taking classes when I was pregnant,” Lewis said. When she went to register for another term, she went into labor.
“I was dealing with motherhood and school took a back seat,” she said. “I was adjusting and trying to find myself and dealing with post-partum depression.”

No one in her family has earned a college degree before.

“I want to come back and get the basics out of the way,” said Lewis, who has 12 credit hours remaining to earn an associate degree. “I want my daughter to know I’m striving to be a better person and mother, and I want to show her how important education is.”

Details: For information on the Last Mile to College Completion Program, call the Dean of Student Affairs at 850-484-2000.